Julie Bindel is an English writer, feminist and co-founder of the law-reform group Justice for Women, which opposes violence against women and helps women who have been prosecuted for killing violent male partners. She is the author of Straight Expectations (2014) and co-author, with Harriet Wistrich, of The Map of My Life: The Story of Emma Humphreys (2003). In 2010 she entered The Independent's "Pink List" as 89th of the top 101 most influential gay and lesbian people in Britain. She writes regularly for The Guardian.

Bindel's writing about violence against women in domestic and personal relationships has been a central feature of her work. [...] Together with her partner, Harriet Wistrich, a solicitor, Bindel co-founded Justice for Women (JFW) in 1990.[1] JFW is a law-reform group that seeks to change law and policy that discriminates against women in cases involving male violence. The group was set up in response to the case of Kiranjit Ahluwalia, who was convicted of murdering her abusive husband in 1989. JFW has been involved in many miscarriage-of-justice cases since then, including those of Emma Humphreys[wp] and Sara Thornton[wp]. 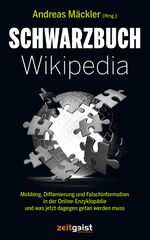